It’s so obvious to say Americans love dogs. It’s no coincidence that the US is the top 1st country that has the most dog population with nearly 70 million dogs around the states. During the pandemic time, the unexpectedly high demand for buying or adopting new dogs is reported in several dog shelters. That even helps to reassert the statement about how much Americans are addicted to canines in general. But can you guess which are the most popular dog breeds in the US?

It’s quite a tough question. Even you and your neighbors having the same dog breed doesn’t mean it can make it to the top. Fortunately, the American Kennel Club, a recognized organization which records breed registration every year, has conducted reports about the most popular dog breeds in the country. Apparently, some dog breeds have definitely won numerous pet lovers to stay in the top spots.

This is the list of the top 11 most popular dog breeds in the United States which some of you might use as a great reference if you plan to get a new one. 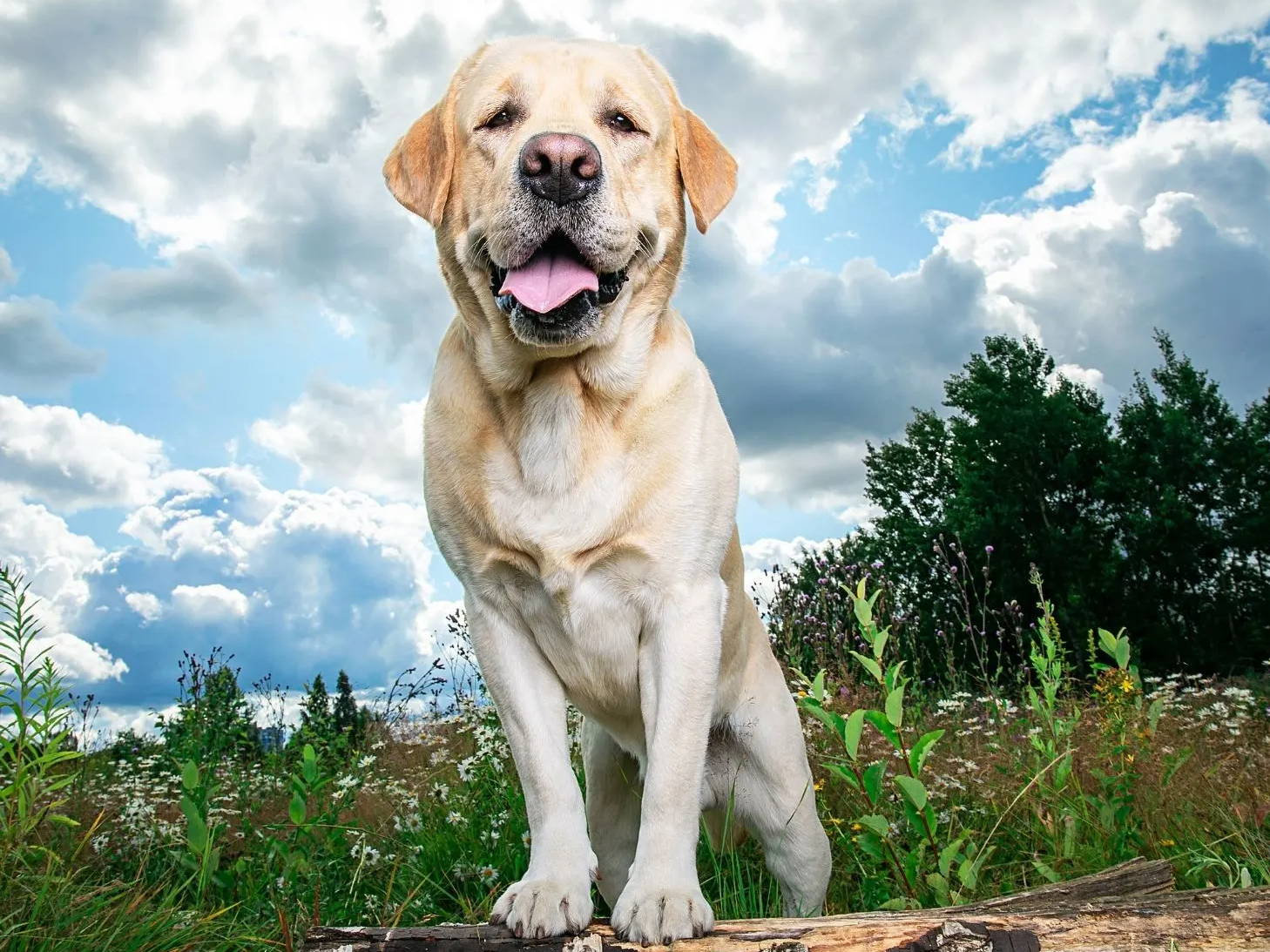 Yes, since 1991! Labrador Retrievers (Lab) once again claim this top spot for the 29th year in a row. It won’t surprise dog lovers a lot since it’s so common to catch at least one Lab in every neighborhood.

The Labrador Retriever is originally a waterdog in Canada where they are working as a duck retriever and close companion of fishermen. Labs are famous for their lovable, friendly, outgoing, and high-spirited characteristic, hence they are a perfect companion for any family, especially those who are looking for a medium-to-large dog.

2. Surprise! This Is Our Highest Position So Far. Shout Out To All French Bulldogs 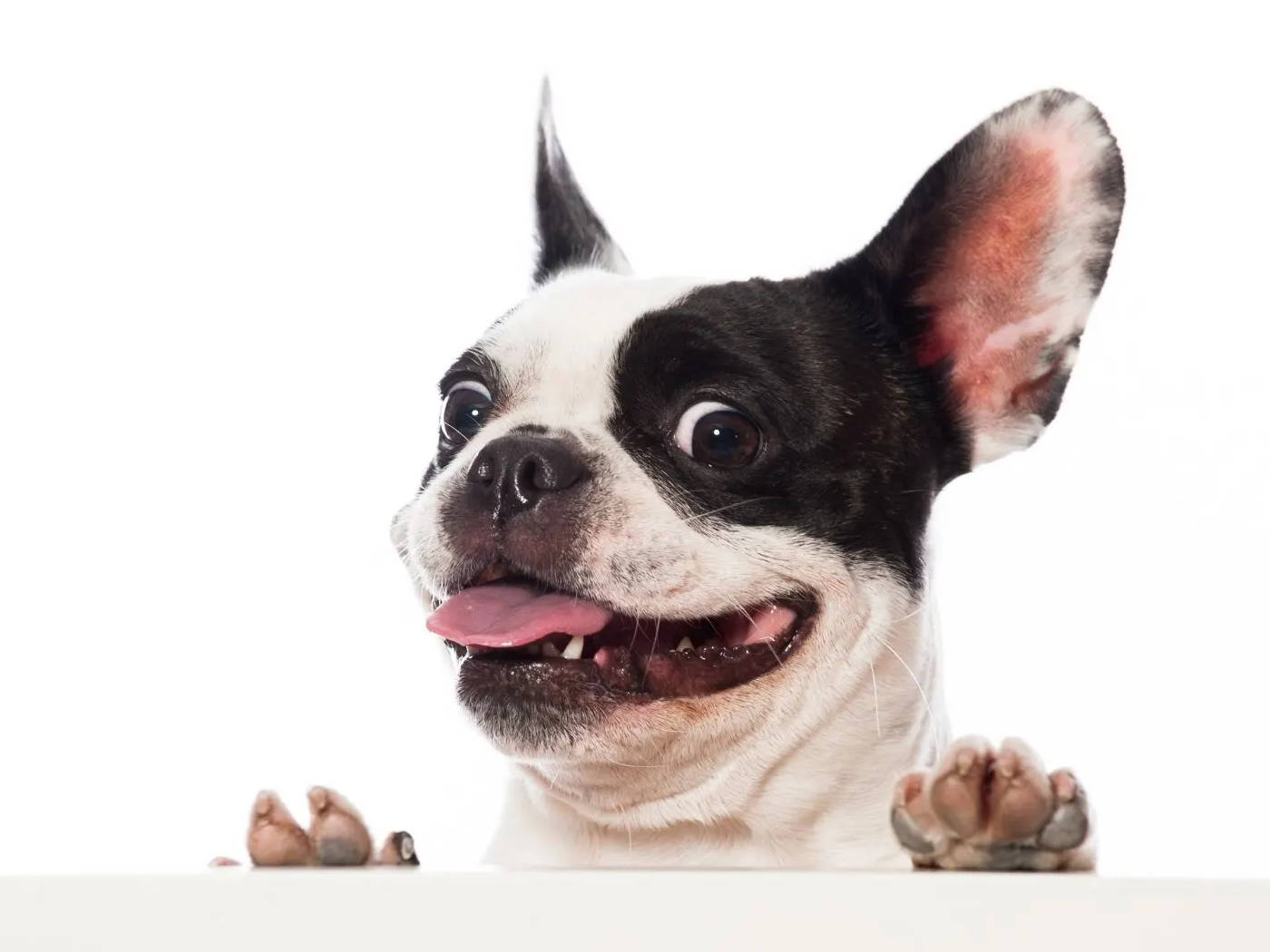 If their friend Labs are famous in America, this one-of-a-kind French Bulldog is loved all over the world, typically among city residents thanks to its small size and adaptability. If you’re living in an apartment, this little cutie won’t take a lot of space nor require too much exercise time.

Come from the French countryside, but the French Bulldogs gradually spread their popularity across Europe and America by the end of the 19th century. Despite their small size, you can easily point out a French Bulldog when they are walking on the street due to its funny large bat ears, and wrinkle around their ridiculously cute short nose. 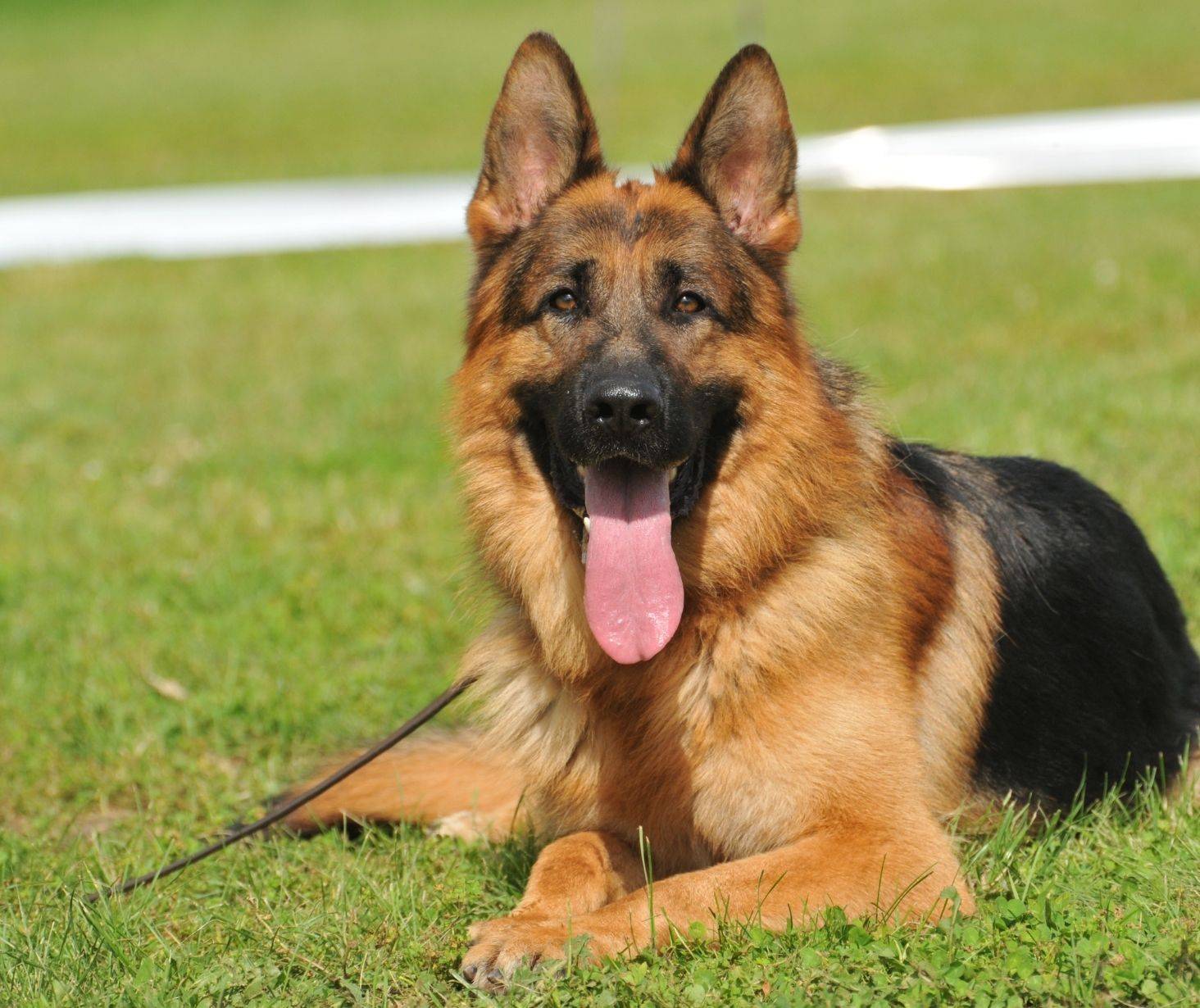 Among all of the dog breeds, the German Shepherd is probably the one getting a lot of chances to work in the Hollywood industry. It’s also the most popular dog breed used in the military. Considered as the finest dog-kind with high intelligence, their loyalty, confidence, and courage keep them in high positions in all dog contests.

The German Shepherd also learns commands very fast and is willing to defend their loved ones. That makes them an amazing service dog or family pet as well. Just notice that they need a lot of exercises, so make sure you spend enough time with them.

4. An Angel Without Wings - Golden Retrievers 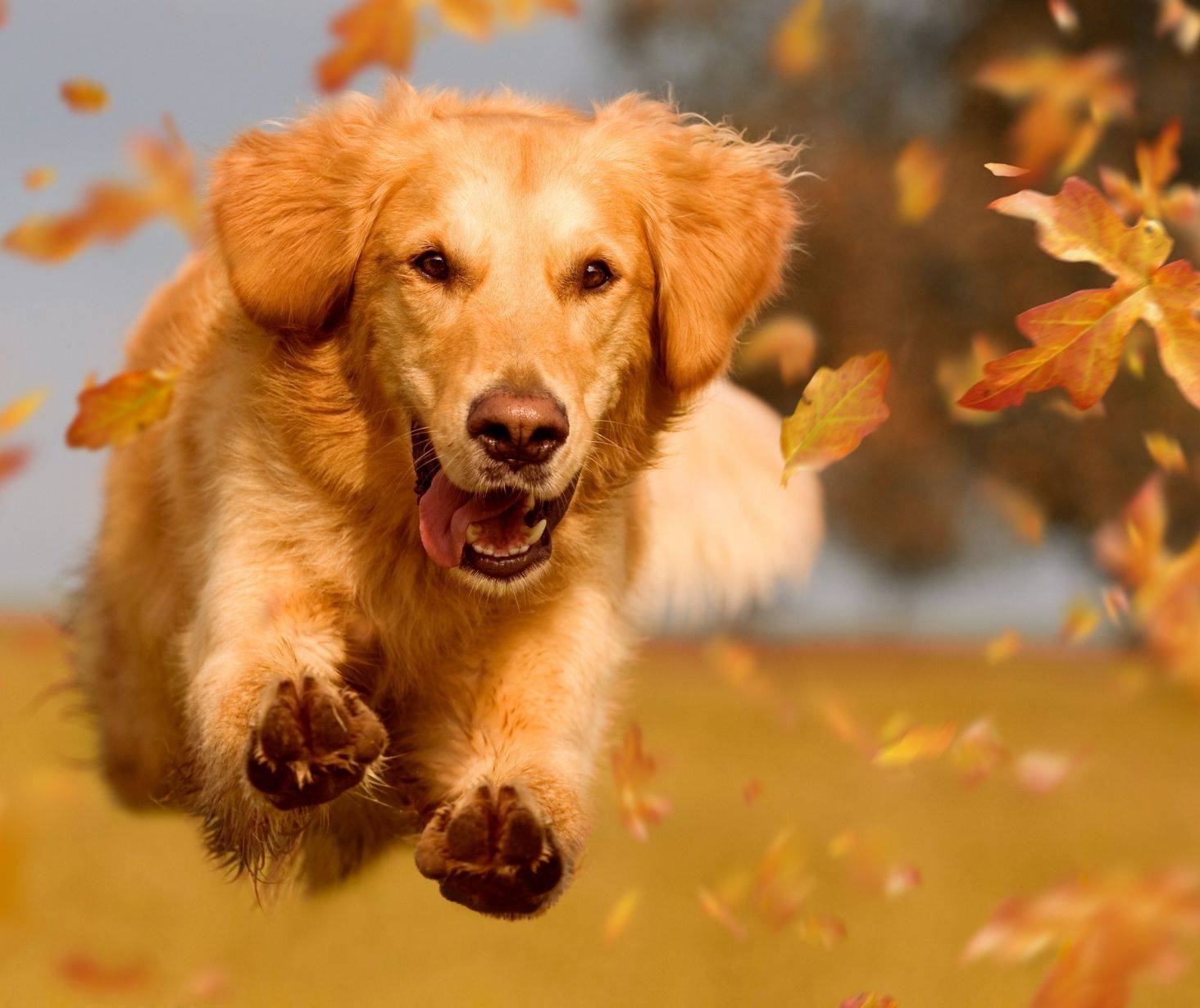 It might surprise some of you when you have to scroll until now to see Golden Retriever in the list. Well, they were in the 3rd position for many years until 2020 when the French Bulldog got a big jump to get over the 2nd spot of the German Shepherd.

The fact that the Golden was first seen in Britain in 1908, then started to grow their popularity in America and Canada. There’s no need to mention the friendliness of Goldens since it’s kind of the highlight feature of this breed. They keep maintain their joyful and puppyish behavior into their adulthood, hence sometimes they act a little too dumb compare to their medium size. They love water so swimming time is really their big treat.

5. Well, We Kinda Like It In The Middle - Said Bulldogs 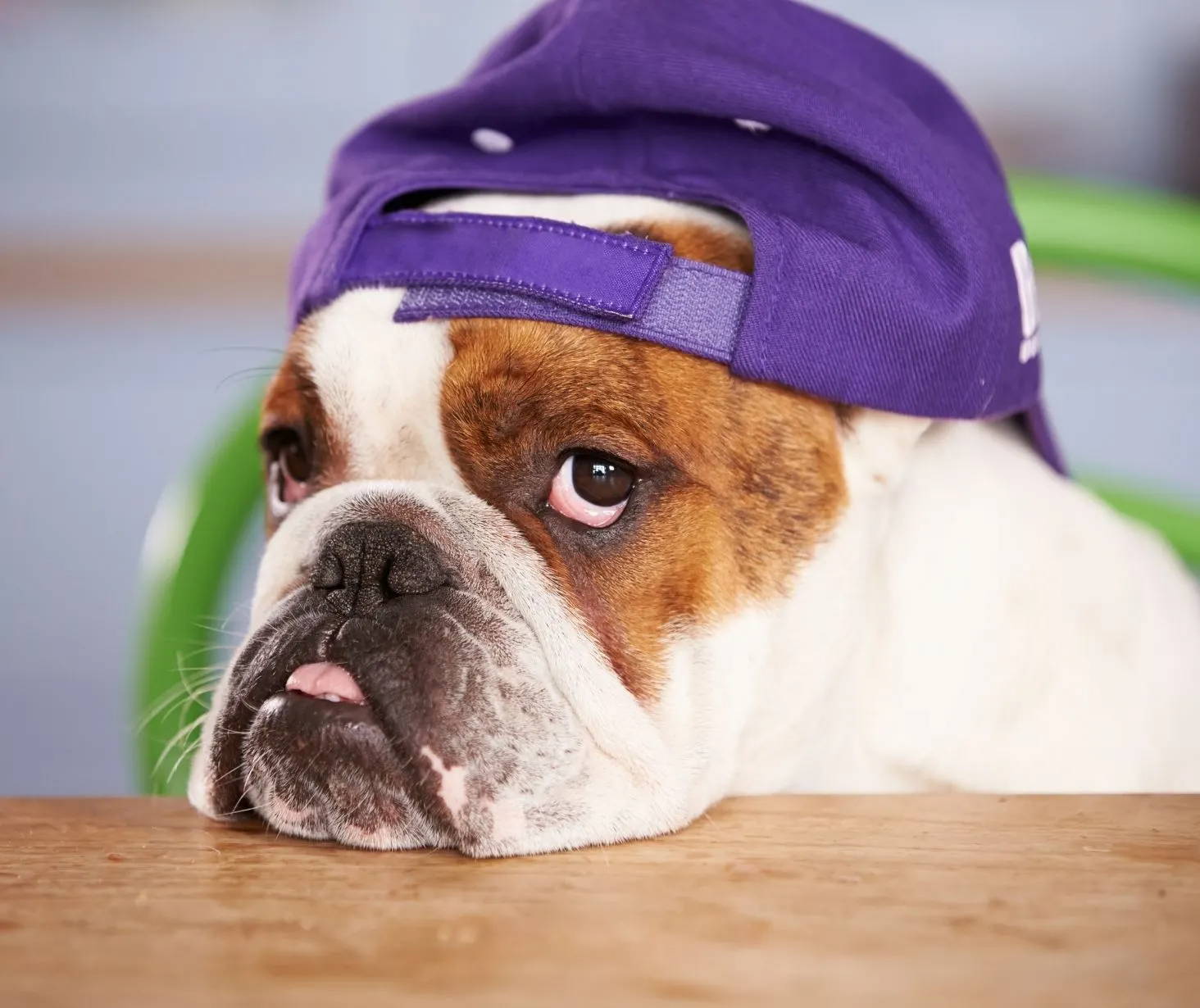 In the 5th position is our friendly but dignified, and very loyal friend Bulldog. Its appearance is very unique with small ears, undershot jaw, and loose skin around the head which makes the breed a very bold identity.

In fact, the Bulldog is also known as English Bulldog which is a totally different breed from the French Bulldog. Their look might make somebody get the wrong idea that they’re intimidating. But they just have a chill or poker face with a very sensitive heart. They love to lounge and would be a perfect friend for those who’re busy and couldn’t have a long walk. 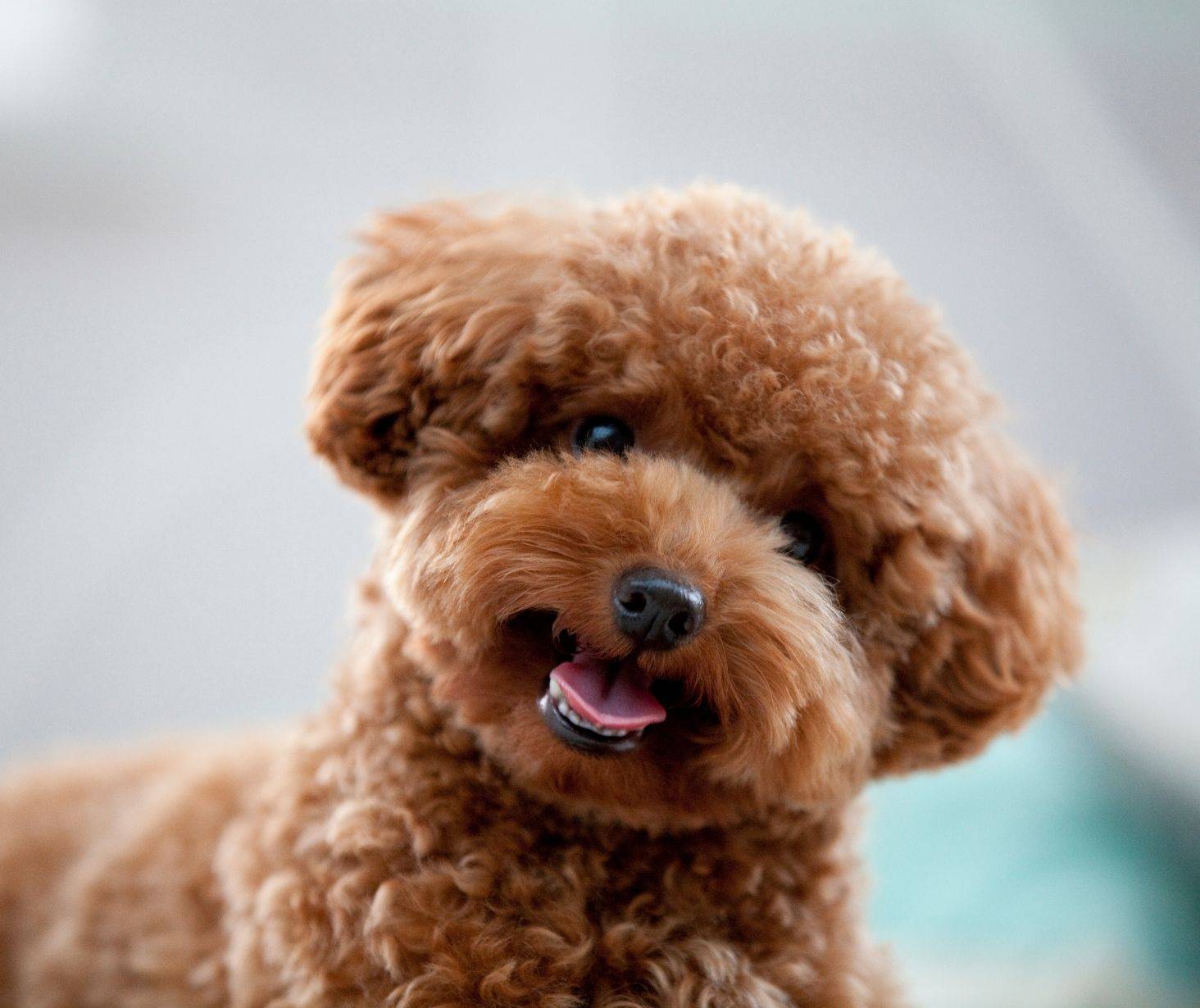 The Poodle comes in standard, miniature, and toy sizes, but they have the same proportions and build. The most noticeable feature is their curly hair, low-allergen coat, and super elegant walking pose.

A lot of rumors about their sissy, but poodle owners know they are more than that. They’re athletic, and one of the smartest breeds out there. Even though their curly hair looks super messy, they don’t shed too much like other furry dogs which makes them a favorite breed with small families. 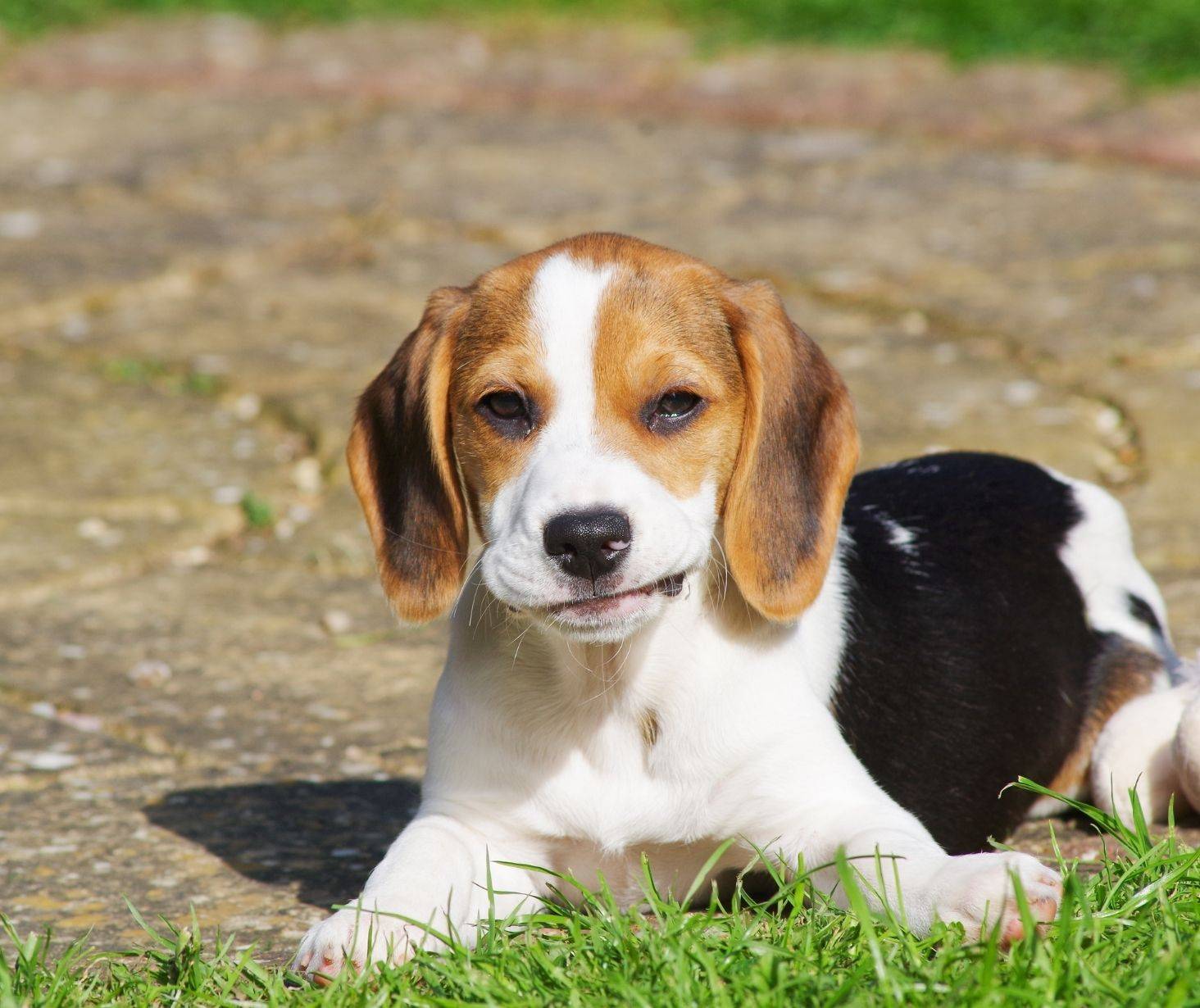 Since the Civil War, Beagle has been a good mate of U.S rabbit hunters. The fame of excellent hunting and loyalty is still going on with this breed. Beagle’s adorable face and hound ears set low on their head bring so much fun for any beagle owners.

The characteristics of being loving and lovable, always in a happy mood, and being kid-friendly make them excellent family dogs. However, their curiosity and super energetic condition require plenty of playtime with their owner. 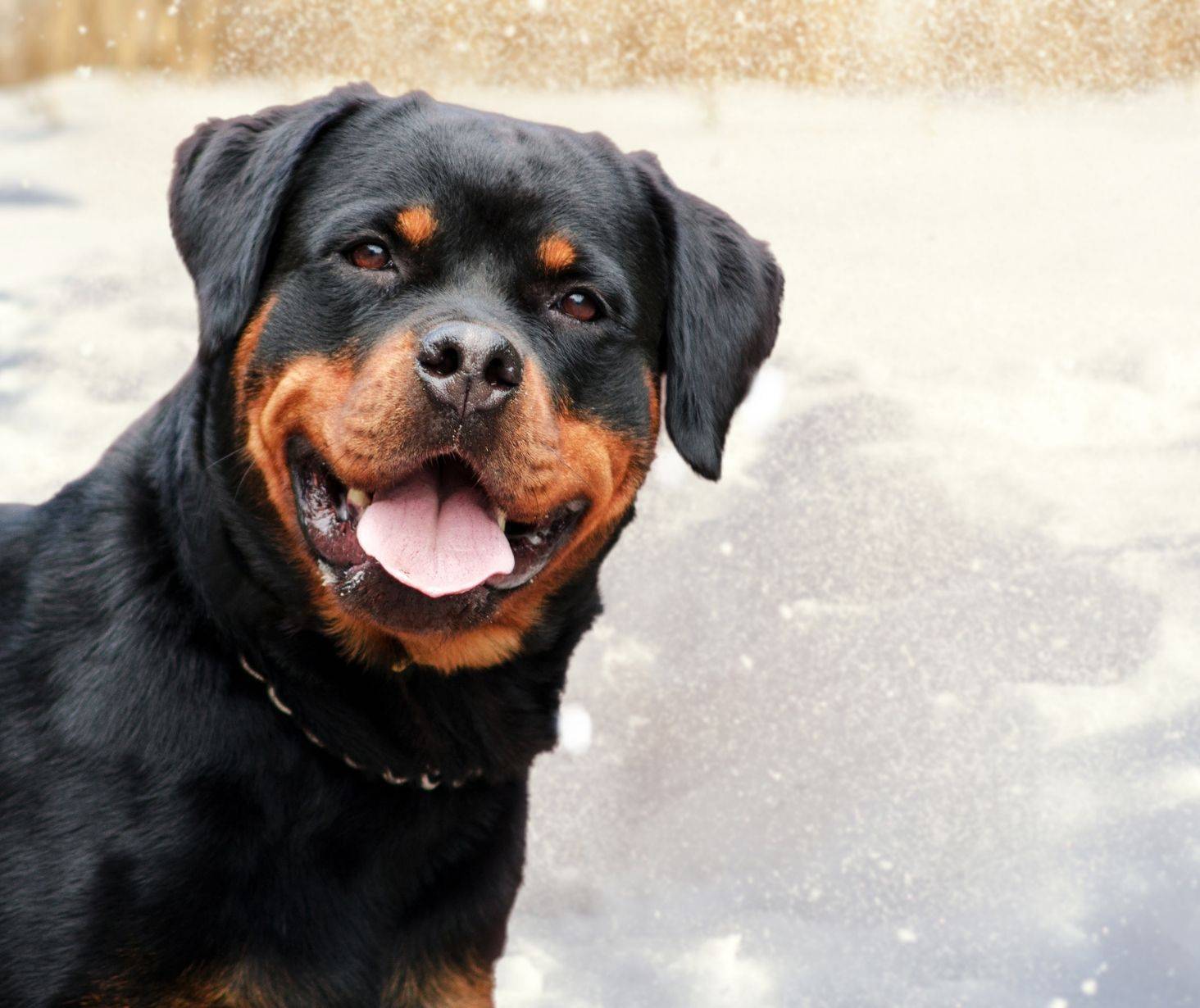 Rottweiler is often known as the descendant of the mastiffs from the Roman legions. You can tell by looking at their size and strength. They are highly protective of their loved ones and super loyal. But at the end of the day, they still want to be little puppies who love to cuddle and lay down on the owner’s belly.

Rottweilers’ height is around 22-27 inches, which is pretty big, so if you like it already, make sure you have enough space in your house or your couch for them to entertain and relax. 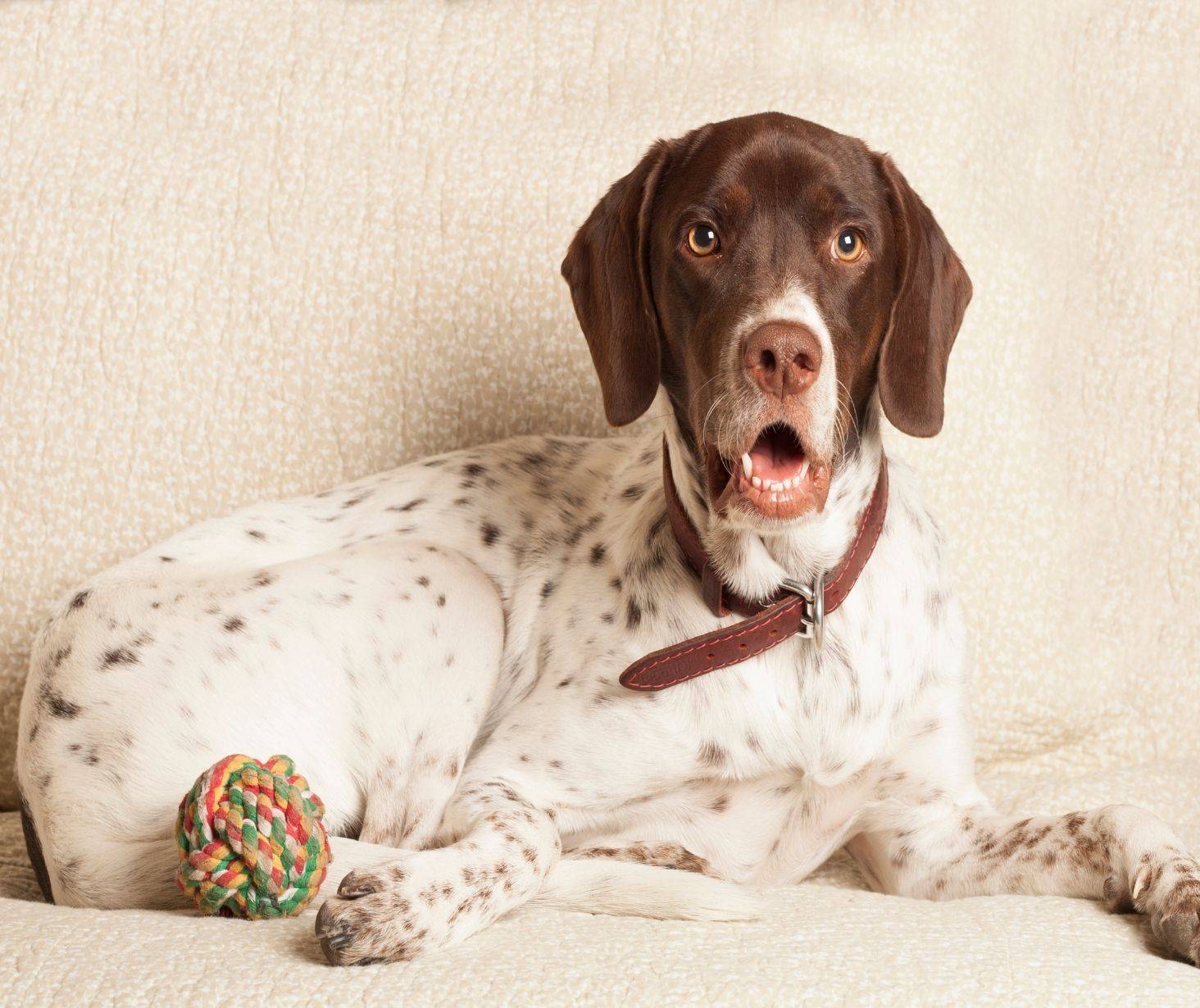 Another member of a large dog club is present on the list - Pointers. Just like their name, Pointers biggest advantage has been pointing birds and it lasts for over centuries. Pointers show their owner how excellent runners they are along with their agility.

Pointer owners are often proud of their smartness, speed, and their unique coat colors. In general, a large male pointer can reach 28 inches and weigh up to 75 pounds. Hence, if you consider getting one, you should make sure your schedule and house meet their developing demand.

10. Dachshund - We Kick Those Big Butt Corgis Out To Finally In The Top 10 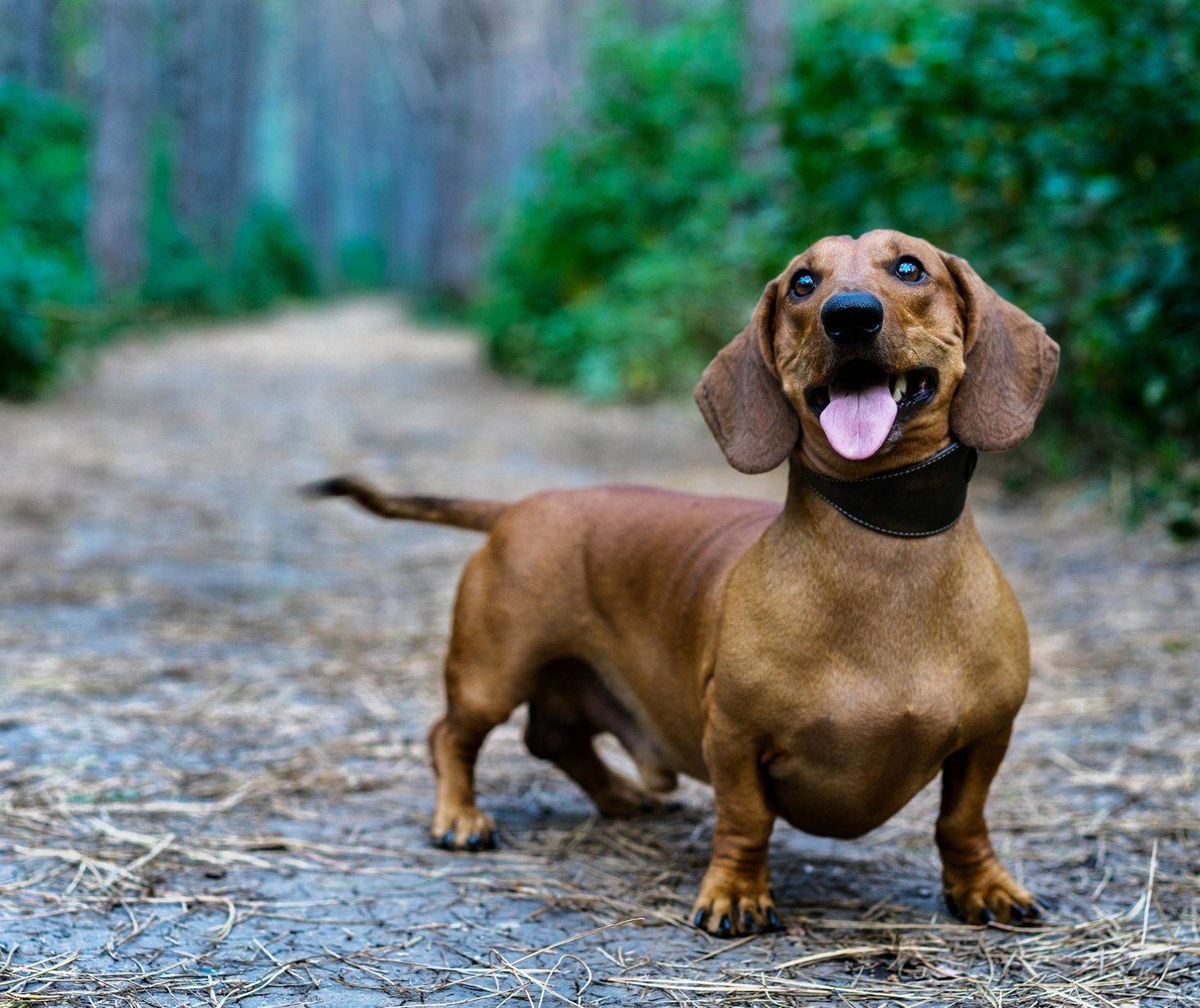 In the last ten years, Dachshunds were often in the 11th or 12th position, but this year, they finally put their feet in the top 10. This breed is from Germany and Dachshund actually means “badger dog.” Their unique body shape with short legs and long-backed body makes every step too cute to handle with dachshund lovers.

Despite their small shape, Dachshund dogs bark loudly and never feel tired with any game. They are famous hounds, so their characteristics are really bold, sometimes stubborn, but their smartness and vigilance stole so many hearts over the world.

11. Can’t Believe Those Shorties Above Stole Our Place. But We're Sexy In Wherever Position - Pembroke Welsh Corgi 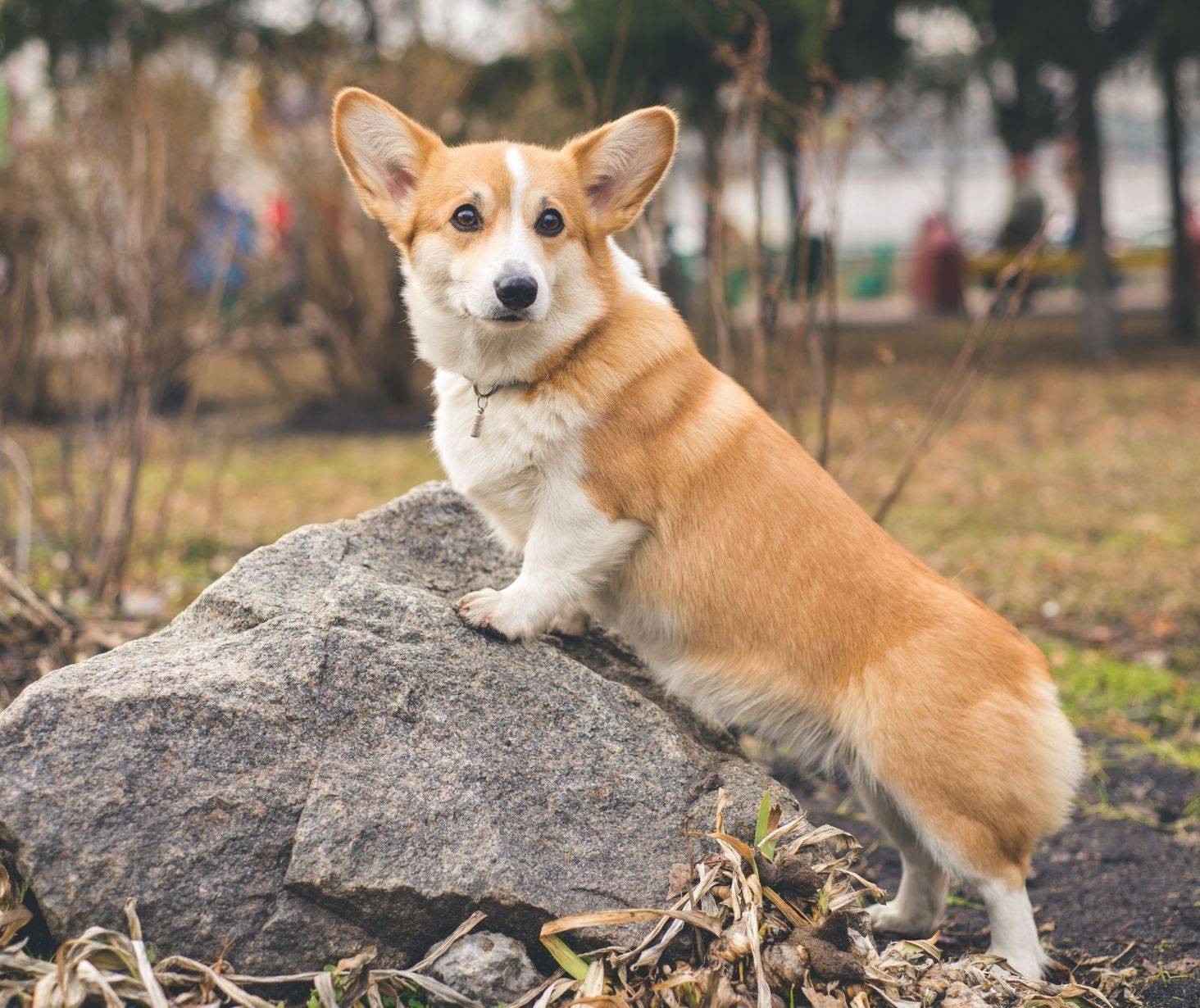 Pembroke Welsh Corgi is one of the most herding breeds in the world. They are friendly, smart, learn fast, and especially, enjoy playing with their human family. Although they are short with just 10 to 12 inches in height, their legs and thighs are powerful and muscular.

In recent years, people pay more attention to fashioning their pets, and corgis are the most fashionable ones. Their butt’s fur is often trimmed as a heart shape making every move attractive and irresistible to any corgi lover.

If Your Dog Is On The List, Let’s Get Everyone Know

You must be very proud when seeing your dog breed on the list, and let us help you celebrate it in a very unique way. At Pawsionate, you can get a personalized t-shirt on which your dog breed and dog’s name will be featured beautifully. 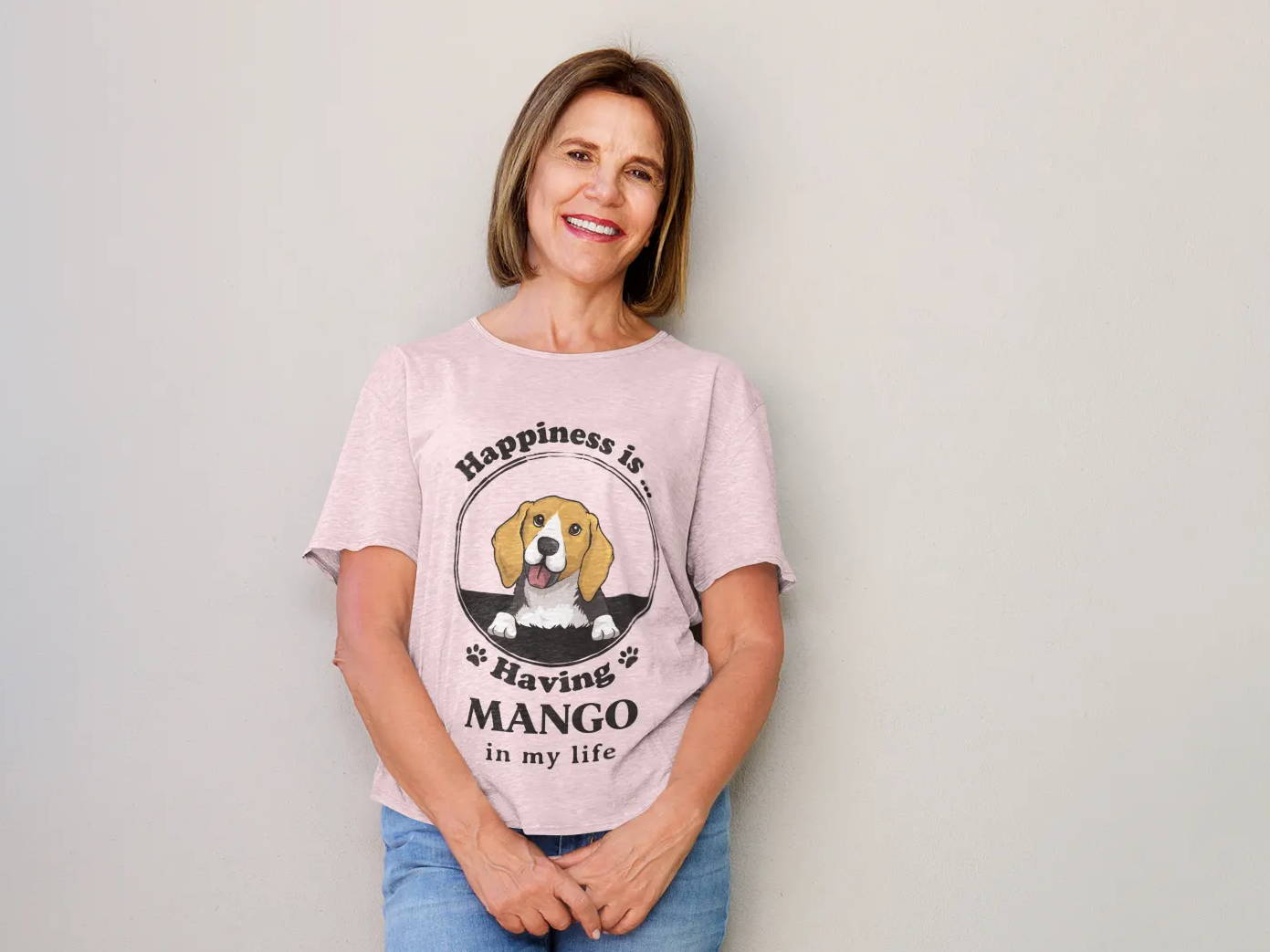 Just like this lady, her precious Beagle - Mango is in the top 6 most popular dog breeds in the US, and she proudly has him in her life.

If your dog breed isn’t on the list, don’t worry. Wearing a shirt showing your dog's image is also a good way to get more votes for him by introducing your lovely companion to more people you meet.

What Are The Best Gifts For Dog Lovers?

How to Get Your Favorite Personalized Products on Pawsionate
×